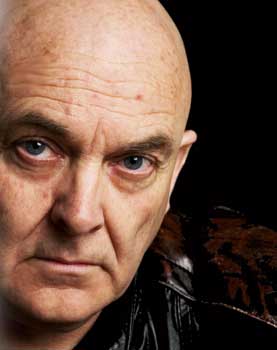 Pete hails from Ringwood near Melbourne and began his musical career at age 3 singing so badly that the neighbours actually paid him to shut up! However, the money saved from the neighbours and his paper round eventually enabled him to buy his first guitar for 10/-. He then started practising and was inspired by a collection of old Country and Blues 78`s given to him by the old boy next door, playing them on an old wind up gramophone.

Due to the help and encouragement of the neighbours he progressed with his music and joined his first band `The Rocking Scorpions` and then joined the hugely popular 60`s Australian band `The Cherokees`.

`The Cherokees` really took off, there then followed a hectic schedule of tours, recordings and chart entries, the dream for Pete was being lived. After`The Cherokees` broke up Pete moved to Europe and became a wandering `Blues Player` ending up as a resident session musician at Chappell Studios.

Following years of gigging and session work he returned to Australia to record a biker album BLACK DENIM TROUSERS subsequently this album secured a publishing deal with Warner Chappell. Returning to the UK he recorded another album STEEL ROAD which had moderate success in Europe and Australia. This was then followed by IF I LIVED HERE which continues to sell well in the US and Europe.

Pete continues to tour in the US and Europe and is currently producing a new album while also working on a 3 part mini TV series.