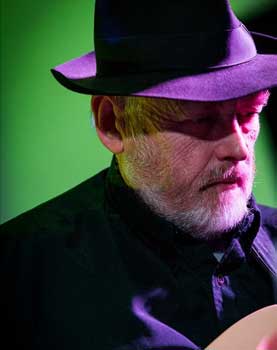 Jeff was a talented semi professional musician at the tender age of 13, playing in groups in the Bishops Stortford area of Hertfordshire. At aged 16 he became a full time professional guitarist with the Trevor Copeman Orchestra performing at the Palais Ballroom Great Yarmouth

After gaining much experience with Trevor Copeman and various other bands a chance meeting resulted in him joining Rick Wakeman. There then followed a busy time in the late 70`s including a world tour. While touring, Rick asked Jeff to compose `bridges` while he changed and adjusted keyboards, this gave Jeff the opportunity to develop his composing skills. When Jeff finally left Rick to become freelance it enabled him to concentrate more on creative compositions and arrangements. It was during this freelance period that he was introduced into the London musical theatre scene where he supported practically every top artist around at the time.

Eventually he became the lead guitarist in the long running hit show Blood Brothers,Now he is concentrating on composing and arranging, working closely with Crocodile Music on television and advertising themes together with various other music related projects.